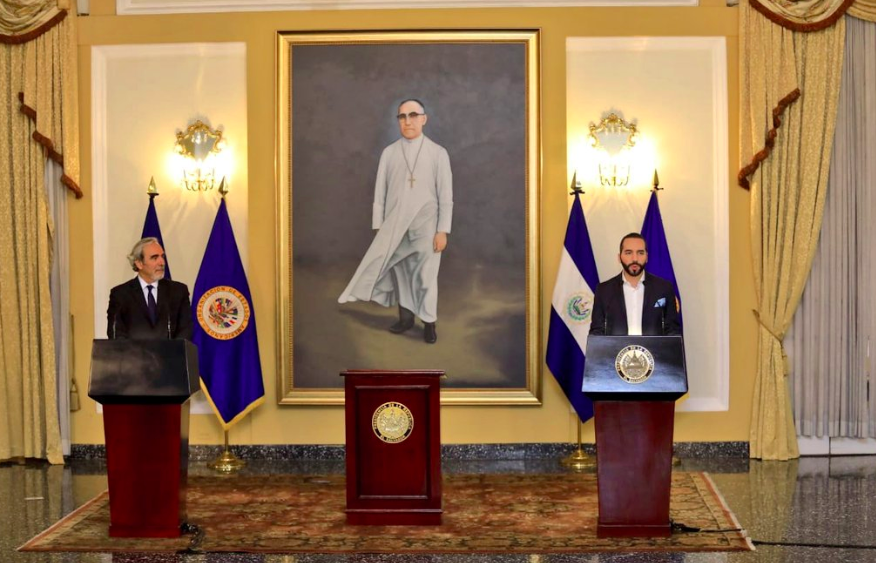 Bukele Announces his CICIES with no Legislative or Judicial Backing

The Salvadoran president said that the OAS Secretary General will provide technical assistance to improve institutions that are entirely under the president’s authority and that have investigative duties. He called this cooperation agreement the “International Commission against Impunity in El Salvador.” He did not mention whether the plan includes investigating his own administration.

This past Friday, September 6th, the president of El Salvador, Nayib Bukele, presented his International Commission against Impunity in El Salvador” (CICIES). The formula for combatting corruption that Bukele announced during his presidential campaign is a cooperation agreement with the Secretary General of the Organization of American States (OAS) to provide technical assistance to improve investigations by institutions that are branch offices of the presidency.

Bukele said that the signed agreement between his administration and the OAS does not require ratification by the Salvadoran legislature nor approval from El Salvador’s Supreme Court. OAS assistance will only be for executive branch institutions that the president administers, although the Salvadoran constitution requires that all international agreements that the president signs must be ratified by a majority of lawmakers in the Legislative Assembly.

In defining the scope of action of his CICIES, the president indicated that the National Civilian Police, Ministry of Finance, Superintendent of the Financial System, Customs Bureau, and Bureau of Immigration and Aliens are institutions that fall under the presidency and that have investigative powers. He said that they are, in fact, the ones that will receive technical assistance to improve their investigations and to fine-tune their role as complainants in criminal proceedings conducted by the Attorney General’s Office.

In the cases of the international commission against impunity that operated with United Nations support in Guatemala from 2006 until the end of this past August, and the international missions that the OAS supported in Honduras, the relationship with government ministries in those countries was established from the beginning as an essential factor in the agreements that gave life to them. These attorney general offices have been, in fact, the ones that have turned the investigations into criminal indictments in the courts.

In the case of Bukele’s CICIES, it is not clear how it will be ensured that the investigations carried out by executive branch offices will be turned into criminal indictments, or what will guarantee that the Attorney General’s Office will take them over to submit them to the courts. In this regard, the president only said that the OAS will later pursue agreements with the Salvadoran AG’s Office.

In the case of Bukele’s CICIES, the investigations that would be fine-tuned in the executive branch offices would be, for example, those involving money laundering that could be handled by Finance, which would therefore not only be limited to tax evasion and tax avoidance, as well as drug trafficking investigations that the Customs Bureau could handle. This bureau is run by Gustavo Villatoro, who held this same post during the administration of president Antonio Saca, who was convicted of diverting over US$300 million.

President Bukele listed cases such as money laundering and embezzlement of public funds by Saca and the charges for the same crimes against former president Mauricio Funes, which originated during his term in office. And others, such as the El Chaparral Dam and Diego de Holguín Boulevard, which involved institutions such as CEL (Lempa River Executive Hydroelectric Commission) and the Ministry of Public Works (MOP), respectively.

Assistance to improve judicial complaints will be for entities that do not specialize in investigation, specifically, as Bukele pointed out, CEL (the electric company) and MOP (road building and repairs). Others, such as the police, will receive more specialized assistance. The president even spoke of the creation of a new “specialized anti-corruption unit” in the police, which would work in conjunction with his CICIES.

What Bukele did not say is whether his CICIES will look into evidence of crimes in the offices of his own administration or just investigate past administrations.

The OAS, meanwhile, clarified that the idea of CICIES as an entity with control over investigations does not exist. “What is taking shape is a cooperation project. Control has nothing to do with the OAS,” said the organization’s delegate, Luis Porto, who accompanied Bukele yesterday to the presentation. Porto then added, in reiteration, that everything involves “technical assistance” for executive branch institutions.

Bukele’s CICIES, despite the announcement, is not yet operating. In addition, the CICIES he presented yesterday was not a twin of the Guatemalan CICI (International Commission against Impunity), which during its 12 years of existence was effective in combatting organized crime and entrenched corruption in the government.

Porto mentioned that the OAS would be collaborating with the government for a period of 10 years. “We did not come here to stay,” the delegate said.

Neither Bukele nor Porto gave more details about the agreement, nor did they specify who will be part of that group, who will provide the assistance or where the funding will come from.

Although the name is an allusion to the CICI of Guatemala, Bukele’s CICIES does not have the same character. CICIG (Guatemalan CICI) was an agency that was independent of the entire Guatemalan government, provided by the United Nations, with powers of investigation, self-financing and empowered to be an adjunct prosecutor alongside the Attorney General’s Office, to prosecute organized crime and corruption.

CICIG’s success was due to its original agreement. It was an agreement, simultaneously, among the three branches of government, for which it had the approval of the Guatemalan Congress and a positive opinion from its Supreme Court.

But Bukele reiterated that his CICIES will not need any endorsement from the Legislative Assembly or the Supreme Court, since, according to his arguments, its scope of intervention will be limited to institutions that are wholly under the presidency; that is, what is covered by his administration. In any case, its intervention shall not be investigative, but rather advisory.

At Bukele’s press conference, where journalists from Revista Factum and the El Faro newspaper were prohibited from entering, a journalist asked about the possibility of CICIES facing an appeal on the grounds of unconstitutionality before the Constitutional Chamber of the Supreme Court. The president responded that the OAS Charter, ratified by El Salvador, is the underlying document that will legally support the commission.

Notices about CICIES that the president issued in recent weeks caused speculation among deputies and lawyers’ associations about the legality of an international commission lacking legislative endorsement and judicial approval. In fact, Article 131 of the Salvadoran Constitution states that one of the powers of the Legislative Assembly is “to ratify the treaties or pacts made by the Executive Branch with other States or international bodies, or to deny their ratification.”

The Constitution also mandates that the powers and duties of the President of the Republic include: “Entering into international treaties and conventions, submitting them for ratification by the Legislative Assembly, and overseeing their observance,” according to Article 168. But Porto and Bukele said that the protection given by the OAS Charter is sufficient to sign the agreement establishing CICIES.

The president said that the OAS will then separately seek out other independent authorities, such as the Court of Accounts and the Attorney General’s Office, to enter into separate agreements, and it will also seek interviews with the Supreme Court and the Legislative Assembly with the same objective.

In the case of the Assembly, Bukele and Porto said, they would also seek approval of legislative decrees that could expand the scope of CICIES. But that, they specified, will be in the future, without committing to dates.

The president even wavered with the commission’s entry into force.

“We have signed this document between the OAS General Secretariat and the government of El Salvador where it is established… sorry, the CICIES formation committee is formed,” said Bukele, and then he added that his CICIES will be able to operate “with cases that can be seen starting now,” but he did not name which ones.

Rolando Alvarenga, who still leads the ARENA party before handing over leadership to Gustavo López Davidson, warned that they will send a letter to OAS Secretary General Luis Almagro to ask for details about the agreement signed by Bukele and his organization.

Alvarenga warned that the ARENA deputies, who currently hold a majority in the Legislative Assembly, will support the government if the project is “transparent” and “constitutional.”

The statement issued by the OAS, for its part, indicated that CICIES will have an “effective, autonomous, independent, neutral and transparent” character. But Porto, at the press conference, cautioned that the cases that will be chosen in coordination with Bukele’s administration will not be disclosed, according to the delegate, to keep from alerting those under investigation.

The FMLN, meanwhile, has been more cautious than ARENA and has not yet taken a position on the agreement. Other deputies, such as Rodolfo Parker of the PDC, did warn of the possibility of unconstitutionality due to the establishment of an international commission without ratification by the Assembly.

The Center for Legal Studies (CEJ) recalled that the OAS Charter on which the convention was based also establishes that “international agreements should be public.” “We hope that this happens so that Salvadorans can learn about the scope and structure of CICIES,” the institution said in a message.

Not waiting for the UN

On September 3, UN Secretary-General spokesman Stephane Dujarric reported that they received a letter from the Bukele administration requesting UN support for creation of a CICIES. Dujarric did not go into details but noted that the secretariat was going to “study Bukele’s request thoroughly.”

The president did not wait for the UN’s response and in order not to renege on his publicity for the creation and operation of his CICIES during his first hundred days in office, he held the press conference on Friday, September 6th, to say that the commission will begin to set up.

The UN and the Salvadoran government explored in the past the creation of an organization similar to the CICI in Guatemala. The administration of former president Mauricio Funes made a proposal in October 2010 for the creation of an “International Commission against Organized Crime of El Salvador” (CICOSAL).

The Funes administration proposed creating this commission by executive decree, without the endorsement of the Legislative Assembly, that the international commissioner answer only to the president of the Republic and that it be independent of the Attorney General’s Office.

The UN drafted a memorandum that included the Salvadoran administration’s request. The document entitled “El Salvador: Mechanism for the Rule of Law,” mentioned the Salvadoran proposal, which was made in October 2010. On December 3 of the same year, the UN responded that it had reservations about the initiative.

The organization warned that a commission created by the president and accountable only to the president could not be “independent” or “transparent.” It also pointed out that, contrary to seeking independence from the prosecutors’ office, direct participation of the prosecution and joint work with the commission should be guaranteed.

The CICIES announced by Bukele is being created with almost the same parameters as the CICOSAL that the UN rejected in the past: given life by the president’s signature, without legislative approval and independent of the Attorney General’s Office, the only Salvadoran institution that exercises criminal prosecution.

Despite its launch, the president did not comply with deadlines or presentation of results. And the willingness of other state institutions to work with a commission created by the president, for today, is an unknown. 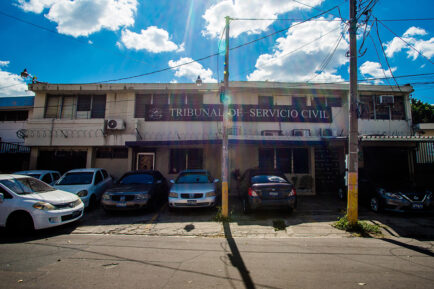 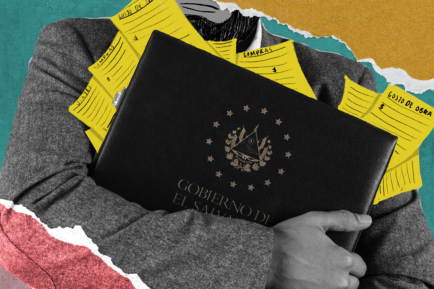 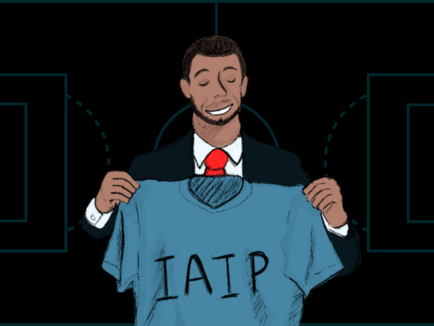 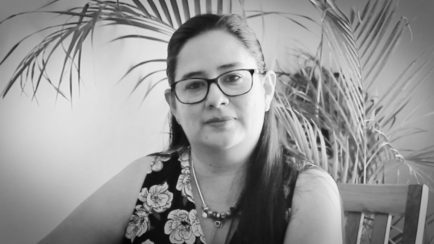 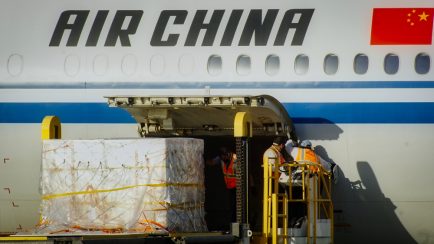 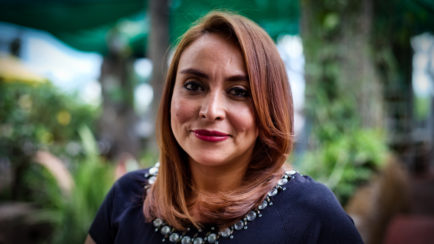 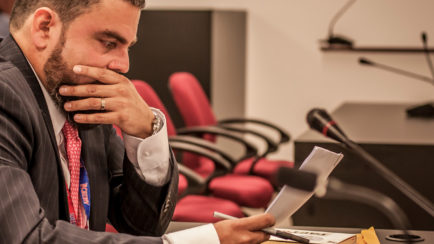